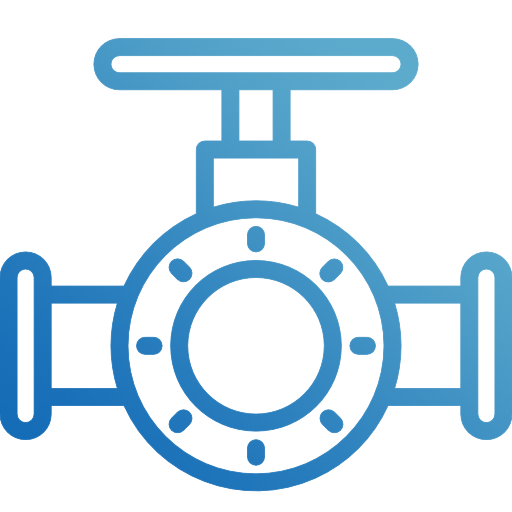 What is Hydro Jetting?

Hydro Jet drain cleaning uses with high-pressure streams of water to remove build up and debris in tanks and lines at homes and businesses in Cleveland TN and surrounding areas. When we talk about hydro jetting the drain or sewer lines, it means to wash the drain or sewer lines at a minimum pressure of 1800 PSI to maximum pressure of 7000 PSI per minute using water as the liquid. Hydro jetting just means that you are cleaning your drains with extreme water pressure. Hydro jetting is different from snaking or other types of drain cleaning because it requires heavier equipment and has to be done professionally.

Hydro jetting is usually needed for commercial properties like restaurants or hospitals, but it can work for residences as well. Hydro-jetting is a sophisticated process that uses a combination of high speed /high-pressure water to clear blockages and buildup in pipe systems and is typically the first approach to clearing chronically blocked lines. Excluding the possibility of a collapsed line, hydro jetting will solve the problem and thereafter routine maintenance will keep the lines free and flowing properly. Maintenance of this sort is optimal in ensuring that build-up or grease will not cause eventual blockages that could result in a line breakage requiring more drastic and expensive remediation.

Why Hydro Jetting or Hydro Flushing®?

Hydro jetting is a process that uses high speed/high-pressure water to clear and scour blockages in pipe systems. It is typically the best approach to clearing severely blocked lines. Hydro jetting will solve the problem, and when used as part of your routine maintenance solution, will keep your sewage and septic lines free and functioning properly. The technique of hydro jetting can be used in practically every industrial setting where cleaning and unclogging pipes are required. Maintenance of this kind will minimize eventual blockages that can result in a line breaking, which may then require more expensive and time-consuming repairs. Our high-pressure pipe cleaning service successfully cleans tough blockages. It is especially useful when traditional snaking methods are ineffective. With the ability to break through pipeline debris, concrete slurry, tree roots, and miscellaneous refuse, the hydro-jet unit is suitable for safely clearing storm and sewerage drain lines.

Hydro Jetting is a process in which your sewer pipes are scoured by streams of high-pressure water shooting out of a hose at up to 7000 psi. Hydro Jetting is typically done through an opening called a cleanout, which is an accessible opening present in every plumbing system and designed to allow plumbers to easily "clean out" debris and other clogs. Hydro Jetting can easily cut through the most stubborn roots and debris and remove built-up mineral deposits and other obstructions clogging the inside of your drainage line. These high-pressure streams are strong enough to cut through and clear out any debris in your sewer lines. Hydro Jetting is an appropriate solution when clogged drains cannot be cleared through traditional snaking or rooter service. Although most drain pipes in your home can be cleared with a standard electric drain snake, there are times when that just isn't enough. Hardened grease deposits and rust can reduce the interior of drain pipes causing persistent stoppages. A standard electric drain snake may only clear a small path through the problem, leaving the pipe vulnerable to another stoppage. Only the power of hydro jetting can ensure that the pipe is not just unstopped, but is cleaned to a nearly new condition.

Why Hydro Jetting or Hydro Flushing ® over Snaking?

Over time fats, oils, and grease (FOG) coats, thickens, and accumulates inside pipelines, leading to the hazardous and costly flow of waste grease into drainage lines, sewer lines and sewage treatment plants. Once clogging occurs this may stop your business from running daily operations and even cause the business to close down at that time. A regular snaking of the drain line may also not work; the only option left is either a hydro jetting at minimum 3000 PSI or replacement which might be costly and could keep you out of service for a few days. At Integrity Septic, we offer a combination of snaking ( rooting ) and hydro jetting service to suit the best solution for all draining problems. We also offer a camera inspection to find and locate the location of blockage or any sewer or drain line damages that caused the problem.

Unlike snaking / rooting, hydro jetting uses high water pressure to clean pipes removing all build up that has accumulated inside the pipeline. To prevent your main lines and drains from clogging or to remove pipe build up hydro jetting is highly suggested to be done once every 3 to 9 months. Depending on the business traffic flow and the consumption of waste and grease this may vary from one company to another. Similar to human arteries, the more oily and greasy foods we eat our arteries are more likely to become clogged compared to someone who does not consume oily and fatty foods. Hydro jetting pipelines cleans the interior walls and eliminates waste build up that has accumulated over time. A typical rooting service can only poke through the blockage and within a few weeks the problem arises over again. Hydro jetting plumbing process involves inserting a high pressure stream of water flowing at 15-18 gallons per minute into the pipelines to clear waste build up.

Unlike snaking, hydro jetting will remove scum attached to the pipeline walls that a typical rooter cannot do. Restaurants and other food servicing companies most important lines are the kitchen and the main line leading to the sewer. It is imperative that these lines do not get clogged or your business may suffer due to the unpleasant odor. In addition, it is also hazardous to the employees. Furthermore, if the main line does back up or clog, it can cause the grease trap / interceptor to overflow which can lead to city citations and high fines.

Integrity Septic now offers Hydro Flush ® technology to clear and un clog any drain that could not be cleared by a regular drain cleaning process. The process of Hydro Flush ® involves flushing out the drain lines using a gas driven pump that creates a water pressure up to 7000 PSI and the jet nozzles that throw water forward and backward the nozzles spin with the burst of water and washes out the inner walls of pipe and bringing the pipes to their original condition like they were installed the first day. This kind of water pressure will usually clear out the kind of grease, sand, and sediment that has built up in your drains. This is the kind of buildup that causes your sinks and dishwasher to back up. No one likes filthy water to come back up on them in the place where they wash their hands or their dishes. This is why it is important to get a Hydro Flush ® job done by Integrity Septic, if you suspect that you have clogged pipes caused by something like grease.

If you want to avoid blocked pipes and save money? Just call Integrity Septic who offers Hydro Flush ® as a preventative measure as well as a standard clog solution. With the use of a water jet, a hose is propelled by water into the sewer lines under incredible pressure and as the hose returns, the sewer line is cleaned by powerful jets of water which breaks up grease, debris and roots. With older technology, the cable would just clear a small path through the debris and because of this the line would often clog again shortly after the service. This service does not push the debris down the line but pulls it back for removal and thus minimizes the chances of future blockage. This is especially important when clearing debris such as grease, leaves, tree roots and even powder detergent that can often clog 100 feet or more of sewer line. By flushing out the pipes the chances of future blockage is greatly reduced and in turn there are less service calls and down time.

Serving The Chattanooga Area including: